The Elloree Heritage Museum & Cultural Center is the successful outcome of an extraordinary effort by citizens of Elloree to be a vital part of the revitalization of its downtown area. A rendition of the Museum’s frontage by William “Bill” Clark of Clark’s Inn and Restaurant in Santee, SC, evokes an aura of bygone days. Inside, the storytelling collection portrays life in the early 1900s. A self-guided tour is accompanied by an audio narrative representing the voice of Elloree’s founder, William J. Snider. 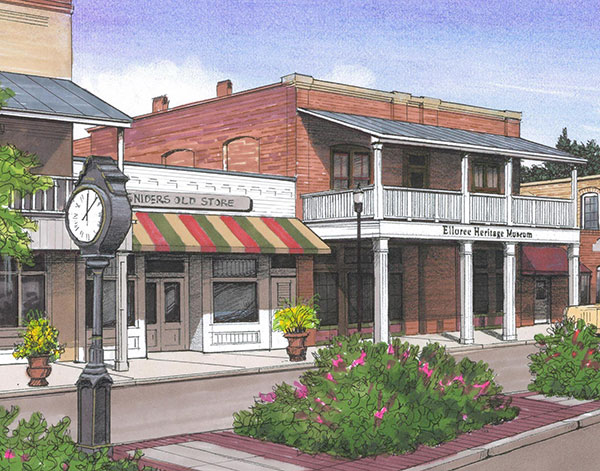 Elloree’s most famous son was being raised during the era documented by the Museum. The burgeoning town was nurturing the youth, James Hampton, who would be described as an artist whose contribution “may well be the finest work of visionary religious art produced by an American.” James Hampton’s life of devotion to his visionary expression is documented in Wikipedia and his work is housed in the Smithsonian American Art Museum. 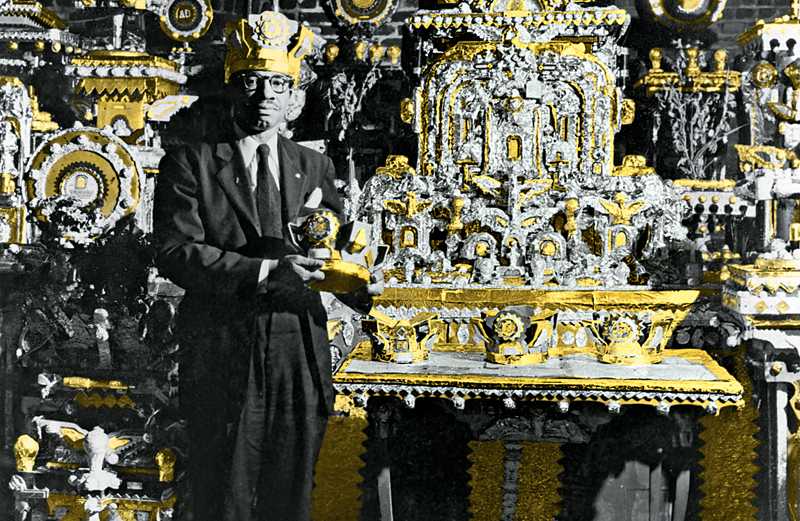