Cordova and its coffeepot once described as a “Paul Bunyan size percolator” were once synonymous when the Coffee Pot Diner was in its heyday. 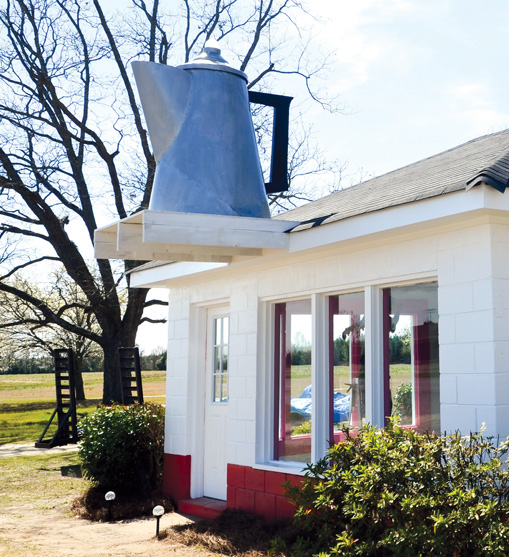 Courtesy of the Times and Democrat

The diner’s origins and history nostalgically written about evoke an image of slower, less stressful times.

Even though the diner closed its doors in 1979, the coffee pot remains a tourist attraction at six feet tall and weighing 250 pounds. Some visitors make their way to Cordova out of curiosity while others are former customers, one of whom was pleased to see the light on the coffee pot lid still shines at night.