To learn about the history of Bowman is to come across a plethora of names still familiar to the Orangeburg area today and to know these are some of the people who throughout the chronology of this region indelibly influenced how Bowman and beyond evolved.

Known as an agricultural community and as the dairy capital of South Carolina, it was, in fact, the UFO Welcome Center that put the town on the map. Sprung from the imagination of Joseph ‘Jody’ Pendarvis, the Charleston Post and Courier documentary published an endearing retrospective on an original man with an original idea to “welcome the aliens from another planet.”

The UFO Welcome Center may not have the tourist pull it once did, but expression, and this is a sizeable one, can stem from artistic and charitable visions. Any visitor to Bowman pausing by the Bowman Historical Marker, might take a second look at Pendarvis’ edifice. The first two of the seven names inscribed on the monument went down with the USS Cyclops, which disappeared mysteriously in the area of the Bermuda Triangle. 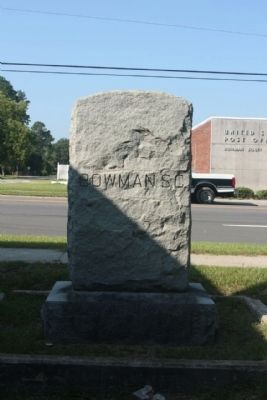 Bowman’s second memorial to the fallen who serve has atop its remembrance an eternal flame. Many of its residents will have memories of those who gave their lives. It is a very fine, a beautifully created tribute and observance Bowman can be proud of whether or not it draws interstate traffic. 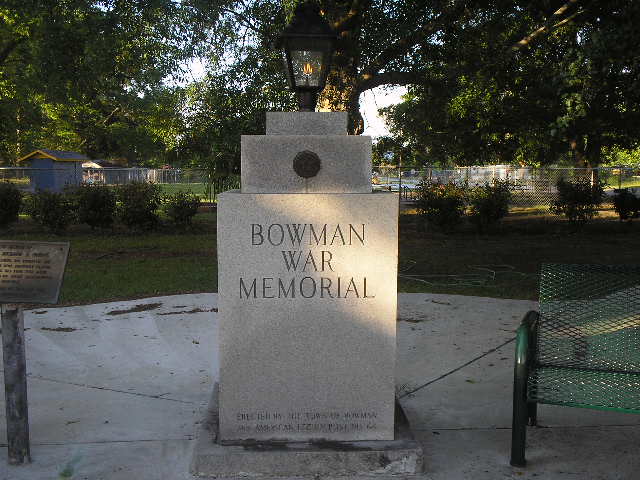