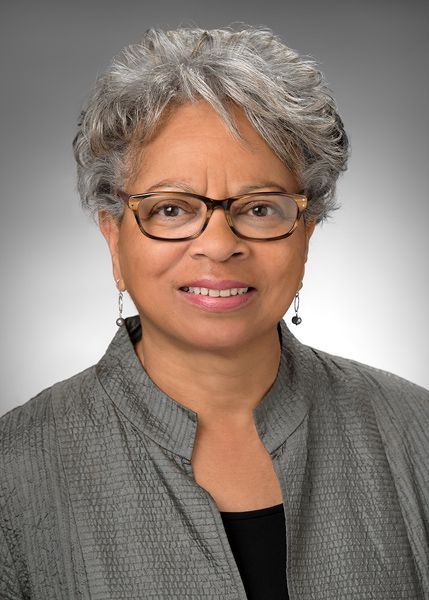 Director of Community Arts and Development

Vivian is the part-time director of community arts and development. Shie is also an independent producer as well as a producer for NBC News.

Vivian earned an undergraduate degree in journalism from Temple University, later studying international communications as a graduate student at the Universidad de Las Americas in Pueblo, Mexico. Following her post-graduate studies, she began what became her international career as a writer and television producer with NBC News in Washington, D.C. She left NBC to live in Botswana, in Southern Africa, where she organized and headed the first news department for Radio Botswana, broadcasting daily news reports in both English and the indigenous Southern African language, Setswana.

After her tenure in Africa, Vivian moved to England, where she honed her literary skills. In 1986, her novel, The First Fig Tree, was published in London by Methuen Publishing Ltd. and was nominated for the prestigious Booker Prize in the first novel category. In the United States, the novel, published by St. Martin’s Press, was a Book-of-the-Month Club alternate selection. A segment of The First Fig Tree was included in Daughters of African: An International Anthology of Words and Writings by Women of African Descent from the Ancient Egyptian to the Present. Edited by Margaret Busby and published in 1992 in the London by Jonathan Cape and in New York by Pantheon Books.

In 1992, Vivian returned to Orangeburg and was invited to accept a position to teach at Claflin University and complete a work on the history of that institution. During this time, she researched and wrote Men of Vision: Claflin College and Her Presidents, a comprehensive pictorial history to commemorate Claflin’s 125th anniversary. In 1996, Vivian was included as an honoree in the BellSouth African-American History Calendar for her outstanding contributions as an international journalist and writer. At the invitation of the South Carolina Arts Commission, Vivian participated in one of its advisory panels and for over a decade she served on the board of the Orangeburg County Fine Arts Center.

Subsequent to the publication of Men of Vision, Vivian resumed work as a news producer for NBC, while simultaneously initiating a series of projects as an independent producer. She is credited as co-producer and segment director for the one-hour documentary, Shared History, in which descendants of the enslaved and their enslavers from Woodlands Plantation in Bamberg County engage in frank dialogues regarding the impact of race and relationships in the aftermath of American institutionalized slavery. The documentary aired nationally on PBS stations and was presented at a variety of film festivals in the United States and Europe. Following the success of Shared History, Vivian served as media consultant for the one-hour PBS documentary The Marines of Montford Point: Fighting for Freedom, the first documentary to chronicle the history of the African-American men who became the first to serve in the elite corps of the U.S. Marines.

Beginning in 2014, Vivian undertook a 14-part series, A Tapestry of their Times, chronicling the lives of elderly women in Orangeburg County. The series was published in the Times and Democrat. Vivian has also reviewed performances at Spoleto Festival, again for the Times and Democrat, and continues to write features and opinion pieces for this publication.