Jim Carr grew up in a house filled with his father’s paintings and sculptures, so he had an appreciation for the arts from an early age.  His father eventually opened his own business selling unfinished plaster statues and wall plaques along with the paints needed to finish them.  Jim sometimes painted these statues himself so customers would have an idea of how to finish them once purchased.  Though he enjoyed his father’s work, Jim often felt intimidated by his talents, so he decided to focus his efforts almost entirely on woodworking instead of painting.

At age 50 Jim’s father passed away, so he brought his art supplies home for his daughter Samantha to use as she was a budding artist herself. Over time her interest began to wane though, so Jim challenged her to a white rose paint-off in an effort to reignite her passion. This paint-off would ultimately become a defining moment in his painting journey. In fact, Jim was so inspired with his newfound passion that he went on to paint four other painting that year and has been painting ever since.

Though his subject matter can vary, most of his work is heavily influenced by southern culture and coastal surroundings. Aside from this, Jim has also found pleasure in painting portraits of Samantha and his wife, Sue.  Overall, Jim is drawn to very colorful images and loves to incorporate pastel colors into his paintings whenever possible.  His primary medium is acrylics but he applies them watered down like watercolors.  Some areas of his paintings may have 15 to 20 layers of paint on them to get the proper look.  It can take anywhere from 30 to 60 hours to complete a painting depending on the size and amount of detail. 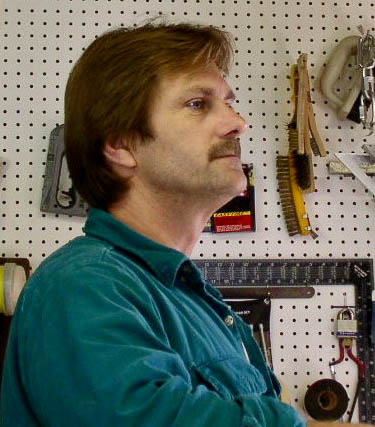 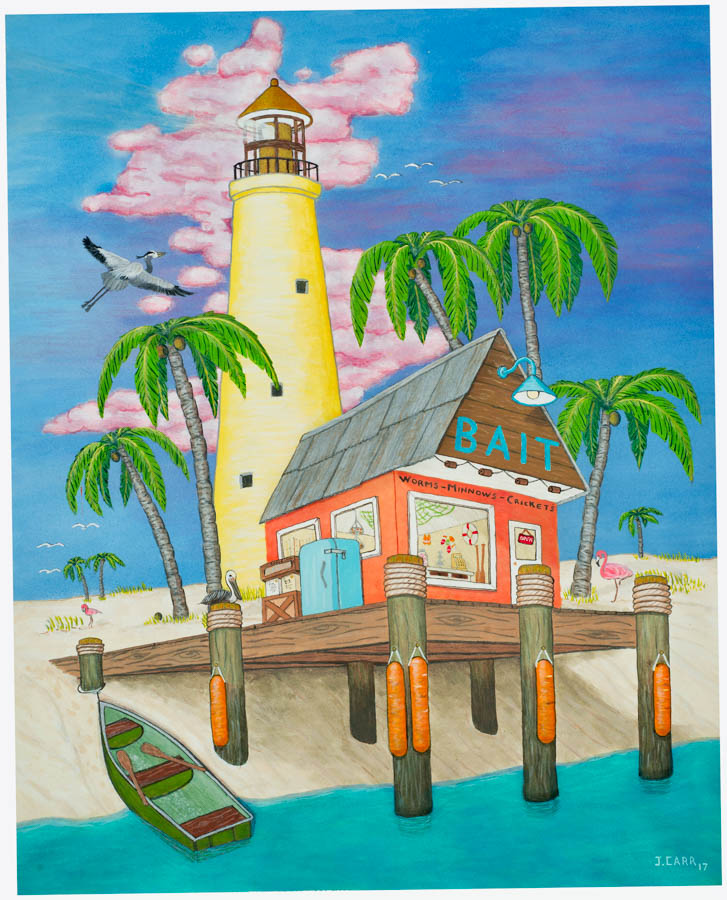 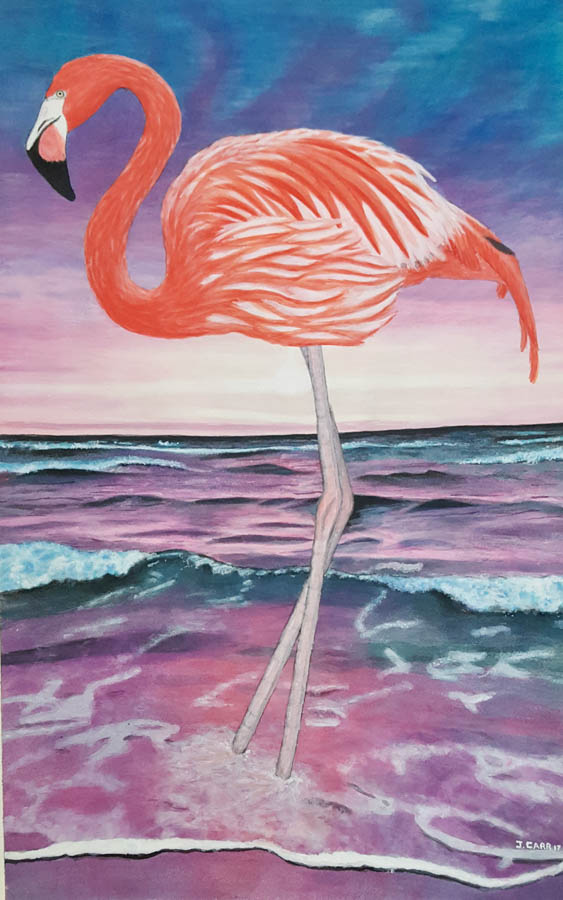 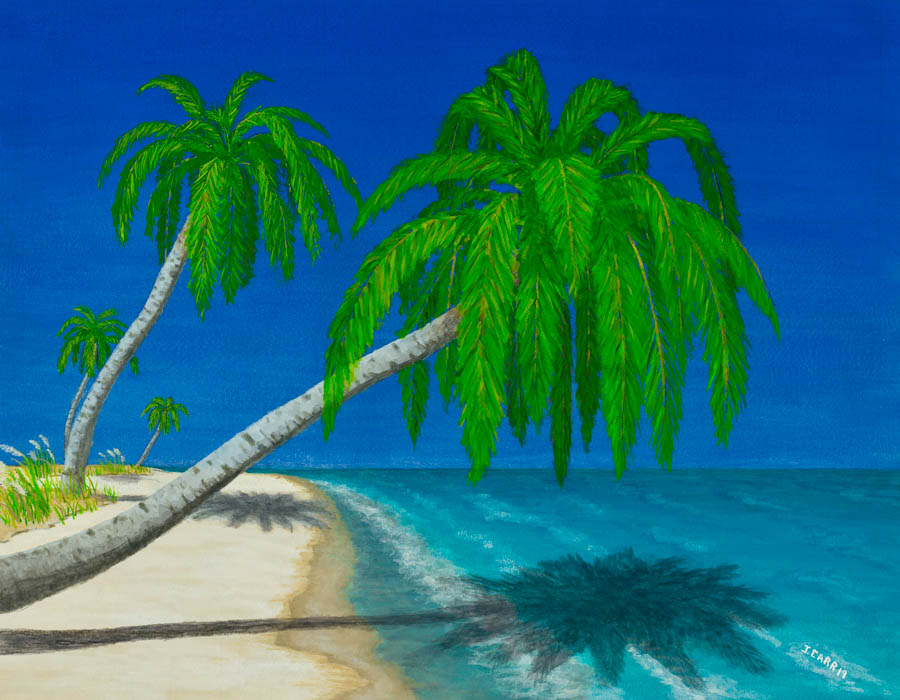 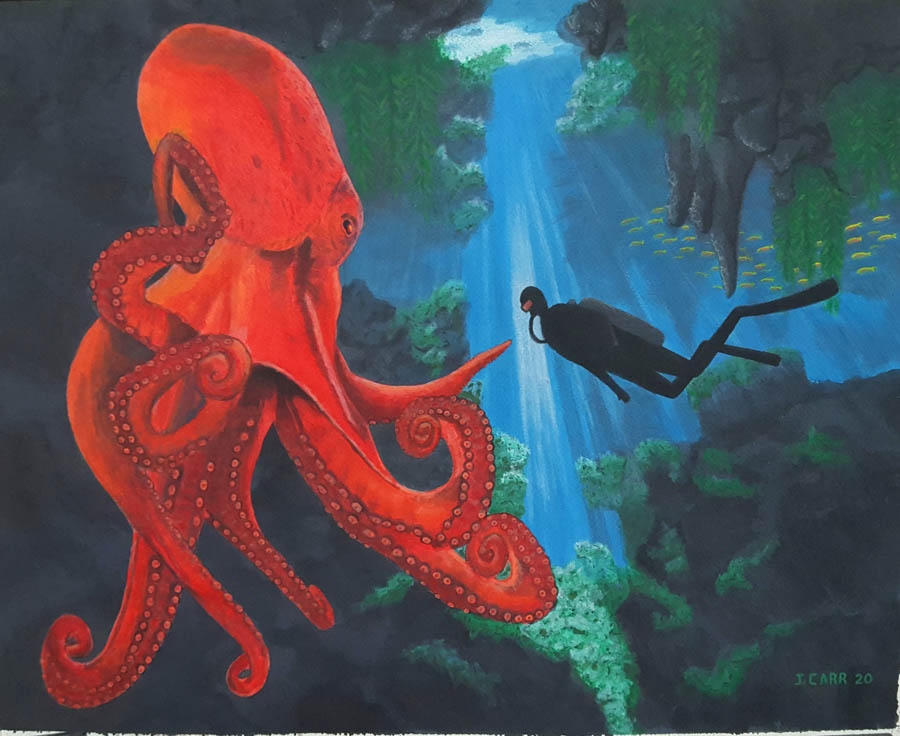 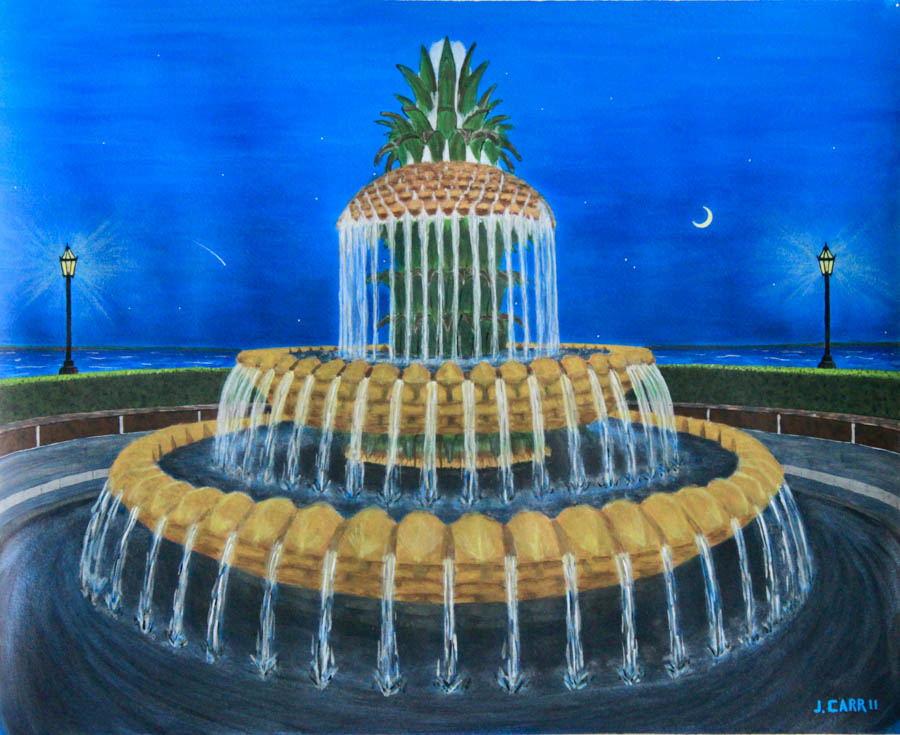 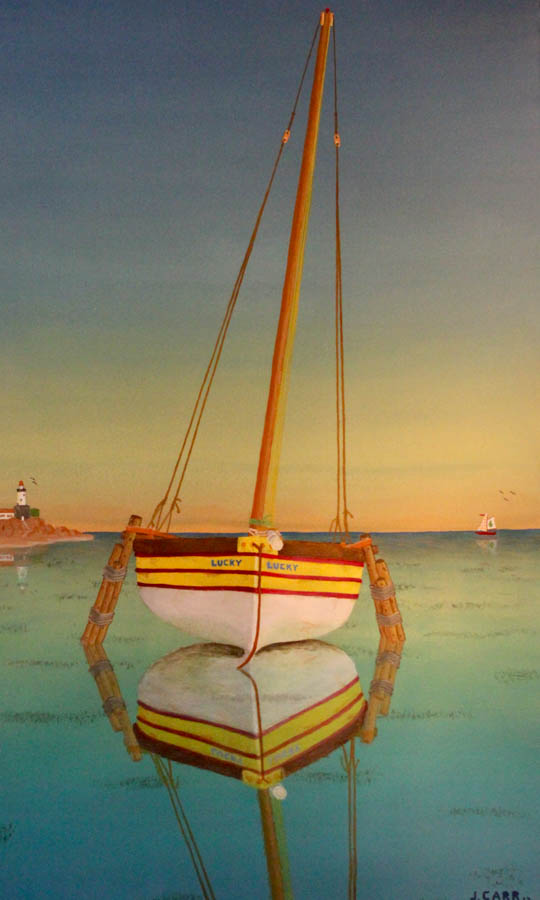 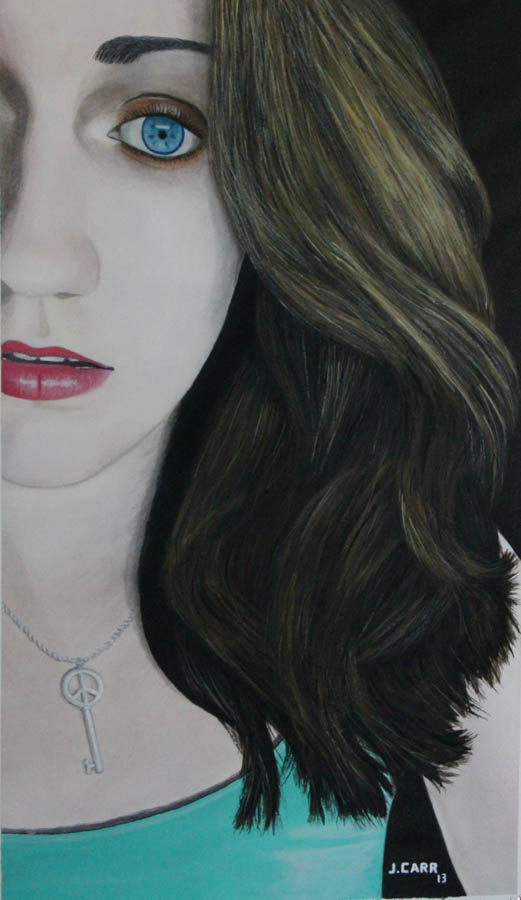 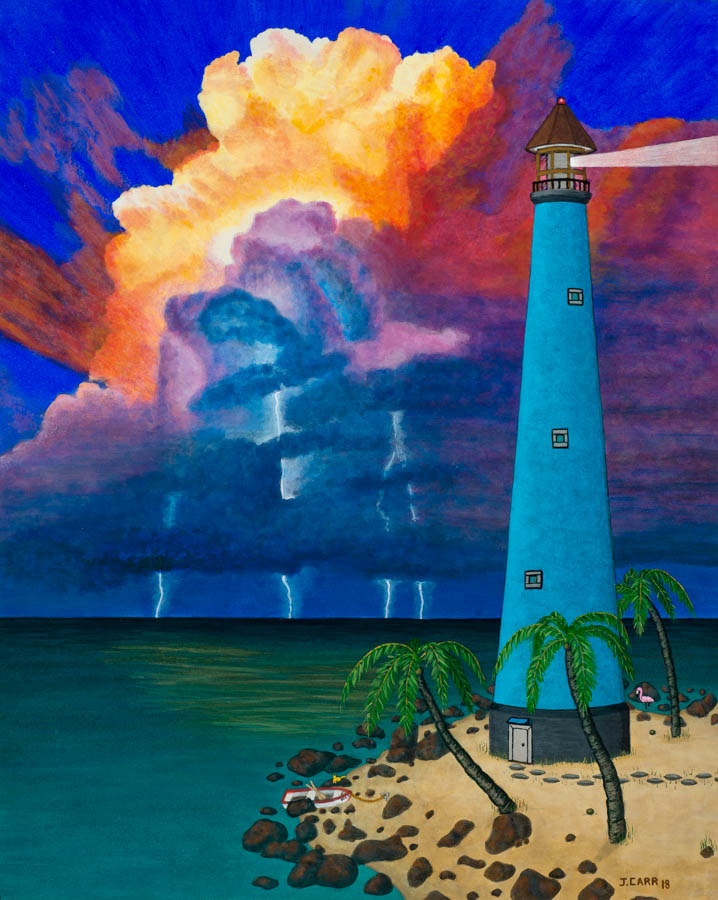 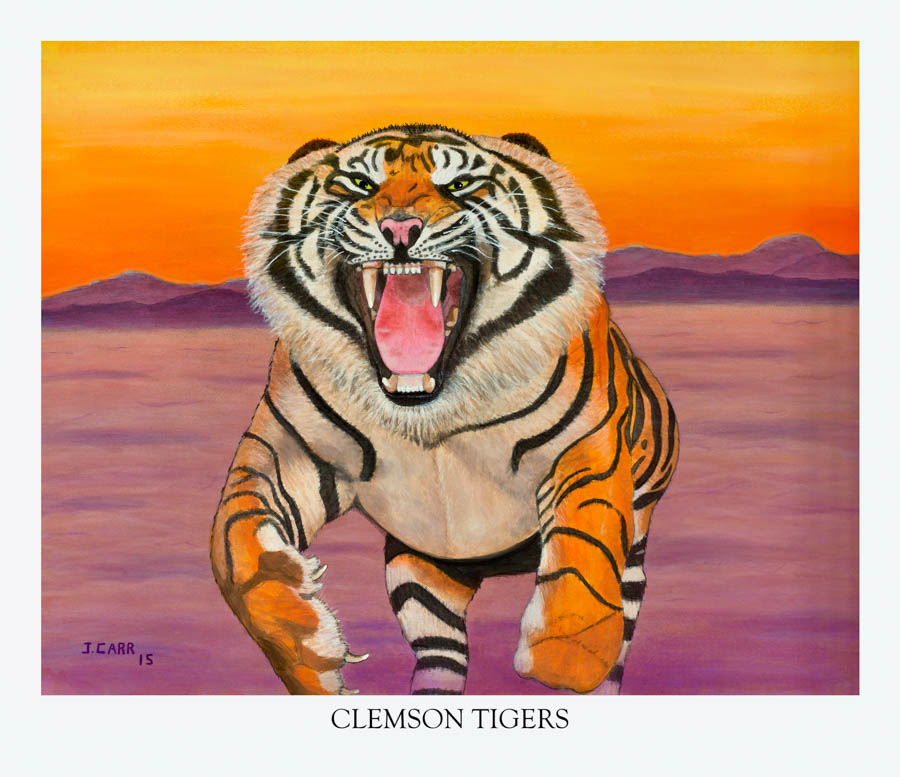